This February, Ibero started its couple seminars with the aim to close the gender gap within farming households making them more resilient to shocks, increasing coffee production, and income. More seminars will follow, once COVID-19 permits.

If women had the same access to productive resources as men, families could increase their yields by 20-30 percent (FAO). That’s an impressive productivity gain with the potential to improve farmer livelihoods without adding to costs. So, what can we do to bridge the gap?

Let’s start by looking into the nature of the problem. Within the coffee sector in Uganda, there’s ubiquitous evidence to suggest serious gender inequality. 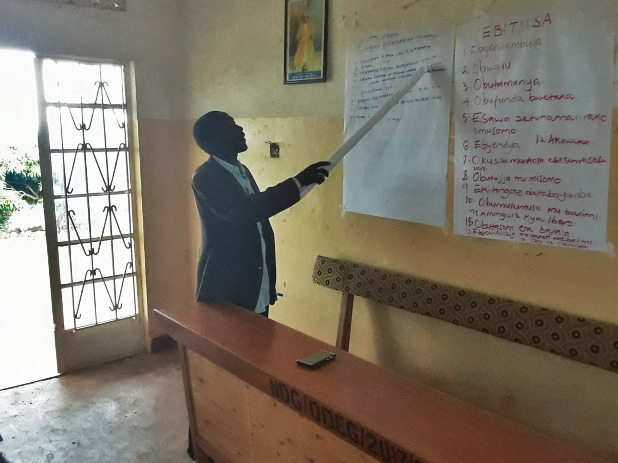 This inequality stems from unequal pay for the same work, and women performing tasks that are less-well paid, like sorting coffee by hand. However, the most significant gender gaps are observed within households. Both men and women are collectively responsible for various activities at their coffee farms, such as harvesting, weeding and drying. However, women often don’t own the land or other productive resources, and the proceeds from the joint activities are considered to belong to the men. Thus, the men decide how the money gets spend.

This unequal access to the income generated jointly, has three main negative repercussions:

Faced with this gender reality, and the desire to change it, Ibero Uganda Limited together with its partners decided to launch a gender-based intervention approach known as ‘couple’s seminars’. The main objective of these couple seminars is to promote joint planning and decision making at household level to ensure that both gender groups have the same power, opportunity and voice to participate in the coffee growing activity, take better decisions on how to run their business, and ultimately generate higher income and manage it better.

Over 20 couples were invited to participate in the first two-days seminar in February in the Lwengo district, where a Village Coffee Organization (VCO) was established by Ibero about a year ago. During the seminar participants were given the opportunity to interact, identify sources of gender inequality within their household and understand the impact these inequalities have had on their household’s welfare.

In just two days, it was possible to observe tangible differences in couples’ behaviour! For example, a female participant opened up on how she had been stealing and selling off fresh and dry coffee which went on unnoticed by her spouse for a longer period of time. This was, she said, due to the fact that “I am actively involved in all pre- and post- harvest activities of coffee such as coffee picking and drying, and yet, received nothing after the sale”. Her spouse recognised that the source of this behavior was the missing appreciation of each other’s contribution. The two reconciled and promised to start a new journey jointly.

At the end of the seminar, all participants voluntarily made commitments on the changes they want to implement, and to share their learnings with other members of their producer organizations. One couple decided to plant two new coffee trees as a mark of the new beginning and to remind them that they do better working jointly rather than individually or against each other. Follow-up visits will show how the commitments get realized, given that behavior changes don’t happen overnight.